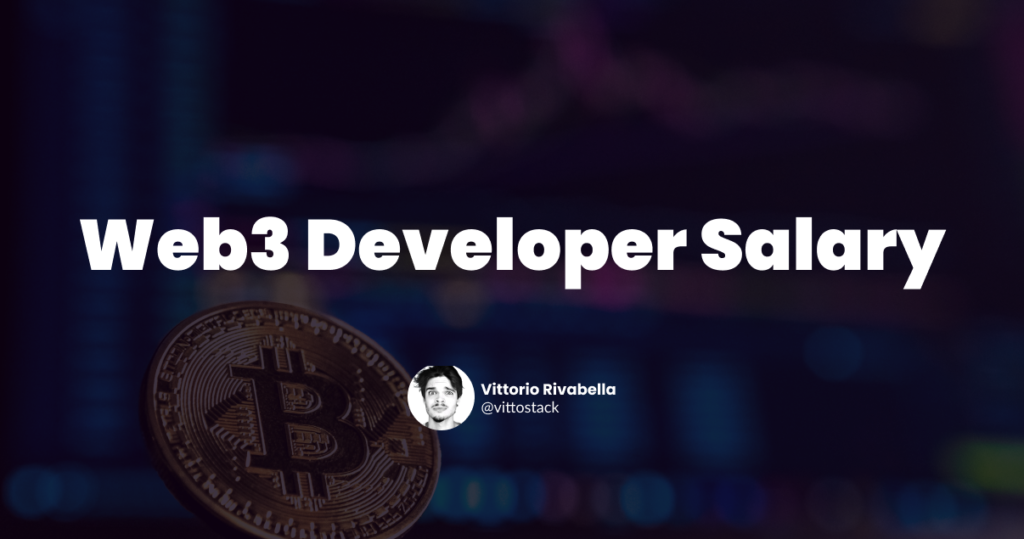 You might have heard that the average web3 developer salary in 2022 is huge, but how huge?

Web3 is becoming more and more important between developers, with some of them passionate about the technology, and others – the majority, attracted by the huge salaries Web3 companies are offering ranging from $70,000 to way above $230,000 per year.

In this article, we’ll try to understand how high the average Web3 developer salary is, analyzing the different numbers between the USA, India, Europe, and the rest of the world while trying to unravel the reasons behind these 6-7 figures jobs.

To understand why blockchain engineers are making millions of dollars, we need to get some context and understand what is blockchain, the complexities behind Decentralized Applications (DApps), and what kind of Web3 developers there are out there.

As someone said: Becoming a web3 developer today is like buying a Bitcoin when it was at $10, and that’s certainly true, but why?

Simply put, Web3 is a new iteration of the World Wide Web that introduces the Blockchain in the common stack of technologies used to develop applications, incorporating concepts such as decentralization, cryptocurrencies, and token-based economics (tokenomics).

The name originated in 2014 thanks to Gavin Wood, co-founder of Ethereum, and gained interest in 2021 thanks to the striving crypto community, large tech companies, and venture capital firms.

Web3 has as its core the Blockchain, and one of its main components are “smart contracts” – Let’s briefly see what they are, how they contribute to the development of DApps, and why smart contract developers’ salaries are so high.

Smart contracts are immutable pieces of software running on a decentralized network and are responsible to store, read, manipulate, and modifying data on the blockchain, as well as running all the in-between logic to reach the desired output (such as calling other smart contracts or performing calculations).

For example, cryptocurrencies and NFTs, all have a smart contract behind them, telling tokens what to do.

Deterministic because given the same input, the output will always be the same.

Immutable because once deployed, a smart contract can’t be modified – This is the main reason smart contracts are considered security-sensitive and need to be tested thoroughly before being deployed to the blockchain, as any bug present at deploy time will be exploitable by anyone in a second moment.

Immutability is also one of the reasons contributing to the high salaries of smart contract developers, as it makes it extremely difficult and important to create secure and reliable code that can’t be exploited once deployed.

Smart contracts play a fundamental role in the development of Decentralized Applications (DApps). Some DApps have part or the entirety of their backend running on one or multiple smart contracts, instead of servers, and exchange data with it through RPC calls – instead of HTTP ones.

Now that we know have a brief understanding of what Web3 is and the key role smart contracts play in DApps development: let’s explore the reasons behind the incredibly high web3 developer salaries and what, actually, these numbers are.

Why the Average Web3 Developer Salary is so High

There’s a lot going on in Web3 applications like smart contracts, security, front-end, cloud, architectures, that contribute to the high average salary of web3 developers. What’s even more impactful though, is the huge demand of Web3 developers compared to the very low offer.

Web3 developers around the world are estimated to be around half a million, whereas Web2 developers are estimated to be around 32M – 64 times more. This, plus the increased popularity of Web3, DeFi (decentralized finance), and decentralized projects, creates a disparity between demand and offer, dramatically increasing the costs of finding and hiring an experienced web3 developer.

To recap, web3 developer salaries are high because:

Let’s be clear, Web3 developer salaries vary, and a lot, depending on 3 main factors:

The first one refers to the role the developer will have in the development pipeline, the second is influenced by how many years a web3 developer has worked in the industry, and the last one depends on the cost of living plus other factors related to the country of the developer and the company.

In general, though, based on glassdor.com and talent.com these are the low, high, and trends of the average Web3 developer salary by country:

As you can notice we go from a global low of $9,000, in China, to a global high of $230,000 in the USA, this happens because we’re grouping in these numbers a big variety of Web3 roles, with very different salaries.

To better understand this we need to explore the multiple types of Web3 developers and their average salaries.

Just like Web2, Web3 development isn’t only about developing smart contracts, instead, it includes many different professionals all working together to bring decentralized applications, protocols, and blockchains, to life.

Of course, different blockchain development roles will have different salaries:

We can broadly divide Web3 developers in:

Let’s briefly see what each of them does and their average salary.

Core Blockchain developers design the architecture and security of a blockchain system.

They use programming languages such as C, C++, and Rust, mixed with in-depth backend and computer science knowledge to create Blockchains like Ethereum, Solana, or Layer 2 chains like Polygon or Optimism.

Core Blockchain developers are by far the Blockchain engineers with the highest average salary in the industry, according to talent.com, with salaries ranging from $90,000 in Europe, to $250,000+ in the USA, as building and scaling blockchains require in-depth computer science, networking, and communication protocols knowledge while ensuring security and reliability.

Smart contract developers, or Blockchain software developers, use programming languages like Solidity Rust, and JavaScript to develop, test, and deploy, smart contracts on the blockchain.

They are also the ones responsible to maintain the overall security level, and low Gas fees requested to run smart contracts logic. The average smart contracts developer salary according to cryptojoblist.com starts at a minimum of $18,000 in Europe, to a maximum of ~$150,000.

Full-stack Web3 Developers are able to develop both smart contracts and create the front-end of Decentralized Applications while making sure that user experience and interface are working smoothly.

They’re usually both designers and engineers, and just like in web2, will be able to create a dApp from the backend to the frontend.

Full-stack Web3 developers’ salaries are usually lower than core blockchain developers, as they won’t have to handle the whole complexity of building, maintaining, and securing a blockchain, but higher than Web3 front-end developers as they know how to bring smart contracts to the blockchain.

Finally, Front-end web3 developers, are very similar to web2 front-end developers, with the only difference that they will also, or exclusively, use RPC libraries like Web3.js and Ethers.js instead of HTTP ones to develop the front-end of their DApps.

They might also be skilled UI and UX designers.

Great, now that we know the 4 main types of Web3 developers and why their average salaries are, let’s see how the average Blockchain developer salary varies based on the country.

Web3 Developer Salary Based on Country

Web3 development is one of the highest-paid tech positions in San Francisco.

While the cost of living often inflates San Francisco’s wages, many of these jobs are available to remote employees.

Blockchain developers are the second-highest paid engineers in New York, just behind gaming engineers, with an average salary of $137,000 per year.

Even if New York’s wages are often higher, like in San Francisco, many of these jobs are also available to remote workers.

Another fundamental component of the average web3 developer salary is the years in the industry and experience.

Web3 Developer salary based on Experience and Skills

The average salary for a web3 developer will vary a lot based on the years of experience, what is surprising though, is that even beginning blockchain and web3 developers can earn 6-figure salaries.

We can divide the “levels” of different web3 developers by:

There’s no official guide to define in which group a Web3 developer belongs to, because the field is so new, and blockchain “Lead” with deep 6-figure salaries might only have 2-4 years of blockchain experience (they likely have several years of other software experience), what matters though, is the experience of the developer.

Let’s explore the average web3 developer salary based on experience:

Ok, now that we have all the information about Web3 Developers’ salaries, you might wonder: how do I become a Web3 developer?

The question is, how do I become a Web3 developer?

Start with the complete roadmap to Blockchain development and do not forget to:

Join my newsletter, where I share exclusive resources only my subscribers see. 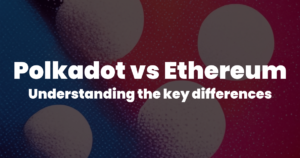 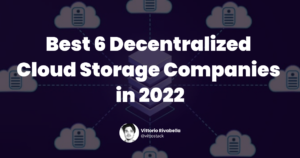 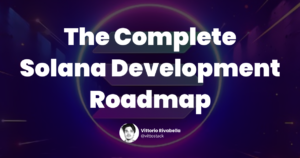 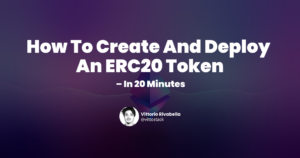 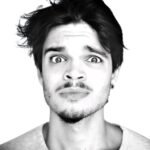